Years ago, Cardinal Karol Wojtyła described the Upper Silesian Church as follows: “The Church of the Diocese of Katowice is a special community within the people of God. It has its own religious and social profile. A special hallmark of your Church is the union of prayer and labor”

The archdiocese is situated in Upper Silesia – a region included by the administrative division of the Church in the Archdiocese of Wrocław till 1922. When World War II ended and Poland regained its independence in 1918, the Polish people living in Upper Silesia demonstrated increased aspirations for incorporating the region into the reborn Republic of Poland. Since the Prussian authorities opposed to that, three Silesian uprisings broke out – in 1919, 1920 and 1921. The last one underlay the decision made by the League of Nations to carry out a plebiscite in the region. As a result, a part of Upper Silesia was incorporated into Poland in 1922. The Holy See responded to those political actions already in 1922 by establishing the Apostolic Administration of Polish Silesia. Three years later, on October 28th, 1925, Pope Pius XI issued a bull entitled Vixdum Poloniae Unitas, which established, inter alia, the Diocese of Katowice and incorporated it into the Metropolis of Cracow.

The area covered by the Diocese of Katowice was the country’s industrial center. The concentration of heavy industry, represented by bituminous coal mines and metallurgy, resulted in a sudden intensification of urbanization and an increase of the number of citizens employed by industry. This made it necessary to expand the parish network and develop the pastoral work, especially in new cities such as Tychy, Jastrzębie, Żory and Wodzisław. Therefore, over 150 new churches were built in the years of 1970-1989 despite the anti-Church policy of the communist authorities. Several dozen further sanctuaries were constructed after 1989 owing to extraordinary commitment and generosity of catholic laypeople as well as the work of builder priests. The bishops of the Archdiocese of Katowice have been notable for their struggle for permits to build new churches, free Sundays, the welfare of families and employee rights as well as care for the natural environment.

The archdiocese currently comprises 322 parishes divided into 37 deaneries. Its main church is the Cathedral of Christ the King in Katowice, consecrated in 1955. The current shape of the cathedral does not reflect the original architectural plans because the communist authorities prevented the construction of a 30-meter dome. The frontage of the cathedral bears the following inscription: “Soli Deo honor et gloria”.

The Apostolic Administration of Polish Silesia was headed by the Reverend August Hlond as the administrator. After the Diocese of Katowice (the Diocese of Silesia) was established, he became its first bishop. When Bishop Hlond was appointed the Primate of Poland and moved to the primate capital in Gniezno in 1926, the Reverend Arkadiusz Lisiecki from the Diocese of Poznań became the Bishop of Katowice. However, he headed the diocese for only four years. After his death in 1930, he was succeeded by another bishop from Poznań, Stanisław Adamski. He held his position for a long time – as many as 37 years – but in 1950, due to his poor health, he was assigned
a coadjutor, Herbert Bednorz. He managed the diocese first as
a coadjutor bishop and then, after the death of Bishop Adamski on November 12th, 1967, as the Bishop of the Diocese of Katowice. He retired in 1985 and was succeeded by the Reverend Damian Zimoń as the fifth Bishop of Katowice (the Metropolitan Archbishop since 1992). On October 9th, 2011, Bishop Wiktor Skworc became the next Metropolitan Archbishop of Katowice. He was canonically installed into the office on November 26th, 2011. He is supported in his pastoral work by Bishop Marek Szkudło and Bishop Adam Wodarczyk.

The clergy of the diocese established in 1925 included priests from the Wrocław area, prepared and educated in the seminaries in Wrocław and Widnawa. The diocese began its existence with approx. 300 priests. During the interwar period, there was one clergyman to 3,385 people from among the faithful in the diocese. However, the large number of candidates for priesthood was an optimistic fact: for example, 159 men studied in the Silesian Seminary in Cracow in 1935. On the eve of the outbreak of World War II, there were 498 priests in the diocese. Unfortunately, the subsequent persecution thinned out the clergy. The pretext for that oppression was the participation of priests in Silesian uprisings and the Silesian plebiscite, outstanding services to Polish culture in the interwar period, the underground activity in the illegal charitable movement and armed resistance as well as disobedience to the occupation authorities regarding the bans imposed on pastoral work (only the German language was allowed because Upper Silesia had been incorporated into the Third Reich). Various forms of repression afflicted as many as 157 priests (45 priests and seminarians died). Two priests were proclaimed blessed martyrs: the Reverend Emil Szramek and the Reverend Józef Czempiel. The beatification process of the Reverend Jan Macha is in progress as he died while helping needful families out of charity. Many more clergymen were repressed during the communist period: they were arrested, imprisoned or exiled. In the years of 1952-1956, Bishop of Katowice Stanisław Adamski, coadjutor bishop Herbert Bednorz and auxiliary bishop Juliusz Bieniek lived in exile because they were dismissed from the diocese by the communist authorities for their defense of religious classes at school. During their absence, the diocese was administered by vicars capitular elected under the control and pressure of the security service.

After World War II, the number of clergymen grew systematically. Until 1980, the Silesian Higher Seminary was based in Cracow. Owing to the decision made by Bishop Herbert Bednorz, on November 3rd, 1980, the seat of the seminary was moved to Katowice, where it occupied the prewar building of Saint Hyacinth Secondary School. Nowadays, seminarians study together with lay students at the Faculty of Theology of the University of Silesia in Katowice. The clergy of the Archdiocese of Katowice currently comprises 1,070 priests. Several dozen of them are missionaries (Kazakhstan, Zambia) and those who work in Polish communities in England and France or in countries which lack local priests (the Czech Republic, Ukraine). In 1997, the archdiocese opened the Retired Priest House.

The Archbishop of Katowice is supported in managing the local Church by the Metropolitan Curia departments and institutions responsible for the individual sectors of pastoral life. Caritas of the Archdiocese of Katowice, which maintains a dozen of nursing and residential homes, is of special significance in this scope. Charity work is also undertaken by Caritas parish teams. Missionaries of Charity and round-the-clock Catholic Support Line are yet other pillars of the mission among the poor and the homeless.

Many catholic associations and movements dynamically operate in the Archdiocese of Katowice as well. These include: the Light-Life Movement (founded by the Reverend Franciszek Blachnicki), the Association of the Children of Mary, the Renewal in the Holy Spirit Movement, the Legion of Mary, Focolari, the Neocatechumenal Way, the Catholic Action, the Catholic Youth Organization as well as other communities occupied with prayer, charity and apostolic work. Already in the communist period,
a special status was given to the University Chaplaincy, the Chaplaincy of Workers, the Chaplaincy of Artistic Circles as well as chaplaincies of other social and professional groups.

Important events in the post-war history of the Diocese of Katowice include: the peregrination of copies of Our Lady of Częstochowa over the parishes in 1966 (however, the peregrination took place without the Image itself because it was “arrested” by the communist authorities on its way to Katowice and escorted back to Częstochowa by the communist police); the First Diocesan Synod (1972-1975); the visit of Pope John Paul II to Katowice (June 20th, 1983) and the establishment of the Faculty of Theology at the University of Silesia in Katowice (2000). In recent years, the local Church held its Second Diocesan Synod; its resolutions are currently being implemented by way of preparation for the 100th anniversary of the archdiocese (2025).

There are several sanctuaries in the Archdiocese of Katowice. The most famous of them is the Sanctuary of Our Lady of Justice and Social Love in Piekary Śląskie, visited every year by, inter alia, two special groups of pilgrims: adult and young men as well as women and girls. Cardinal Karol Wojtyła, the then Metropolitan Archbishop of Cracow, used to participate in those pilgrimages for many years.

The archdiocese also organizes formation meetings and reflection days for clergy and laypeople in its retreat homes in Kokoszyce, Brenna, Katowice-Panewniki, Koniaków, Wisła and Jawornik.

Moreover, the Diocesan Museum was opened in 1986; it presents a permanent exhibition entitled “The Gothic sacred art in Upper Silesia” as well as periodic exhibitions presented in “Fra Angelico” contemporary art gallery. A significant part of the Gothic sacred art was put in deposit in the Silesian Museum in Katowice and is exhibited there.

An important role in the evangelization mission is played by catholic media connected with the archdiocese: Gość Niedzielny [the Sunday guest] weekly (founded in 1925 and sold in approx. 140 thousand copies a week), Mały Gość Niedzielny [the little Sunday guest] monthly (a religious magazine for children and youth, issued since 1926 and sold in approx. 100 thousand copies), Apostolstwo Chorych [mission among the sick] monthly (founded in 1946 and sold in 33 thousand copies), Saint Hyacinth Bookshop and Printing House (established in 1925), eM radio station and Wiara.pl – a website existing for a few years now. The Archdiocesan Press Office issues the Archdiocesan News Bulletin which informs the local media (approx. 300 recipients) in advance about the planned events in the archdiocese. Another unique creation of the archdiocese is Biblicum Śląskie [the Silesian Bible study] – a website allowing everyone interested to study the Bible and participate in biblical formation on the Internet. The Archdiocese of Katowice also has its own website:
www.archidiecezja.katowice.pl. 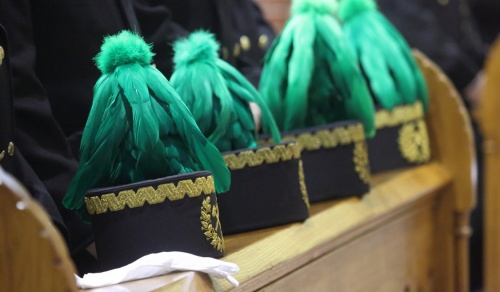 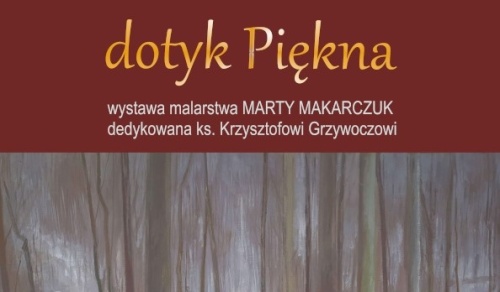 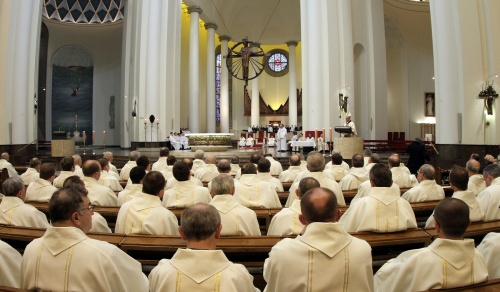 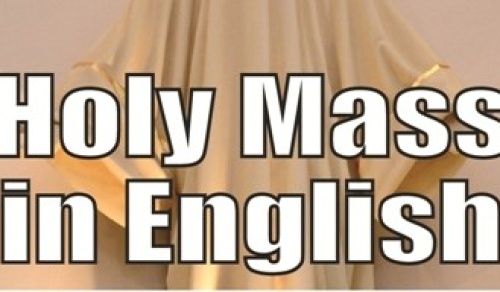 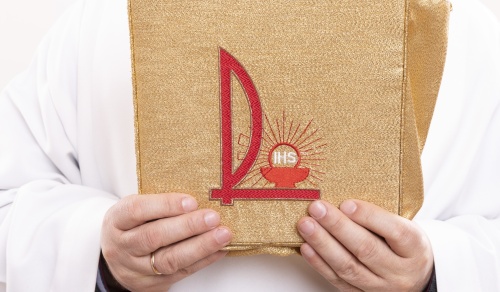 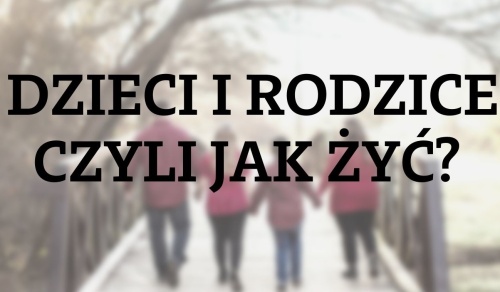 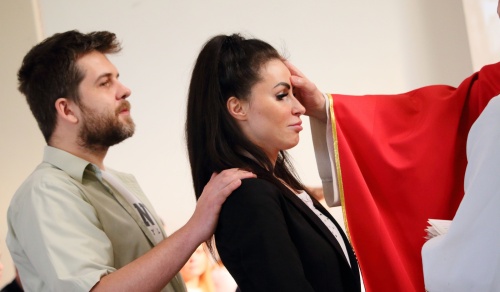 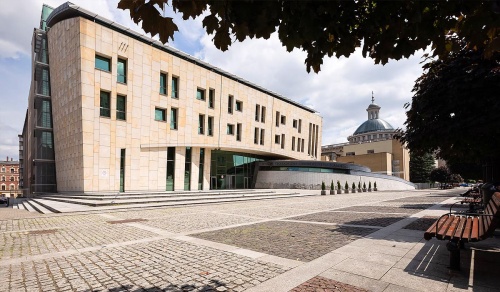 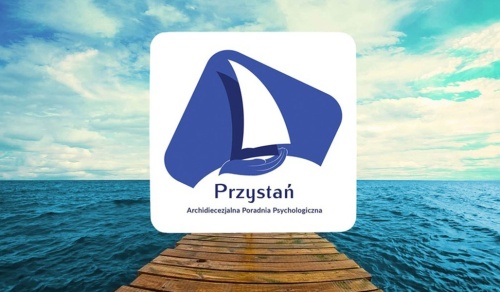 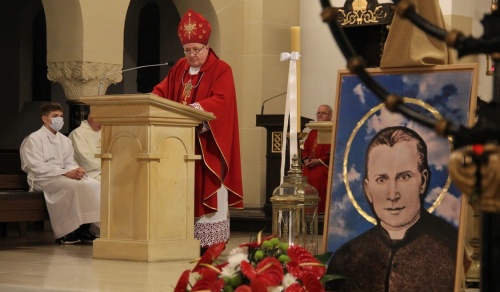 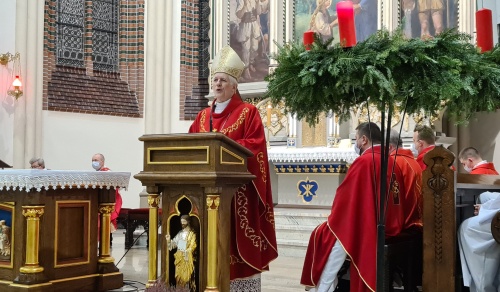 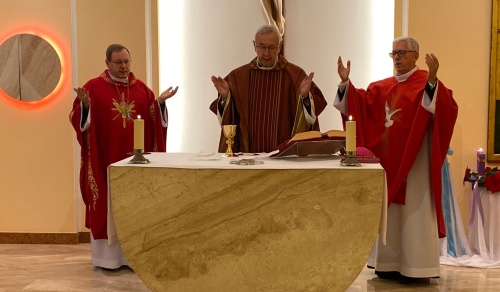 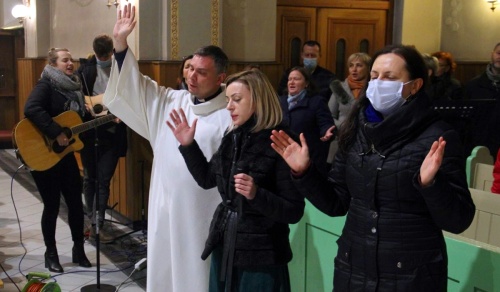 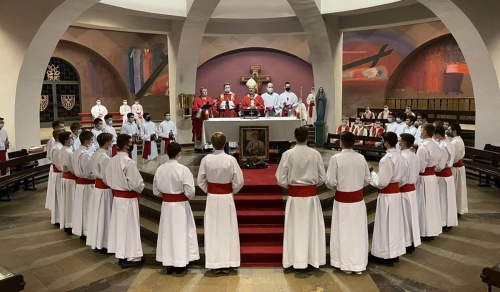 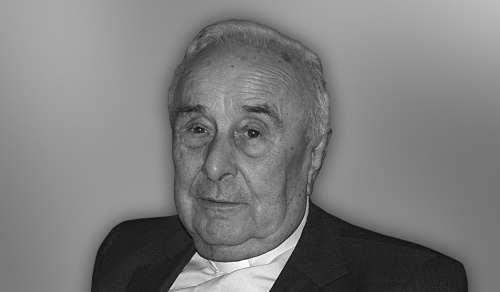 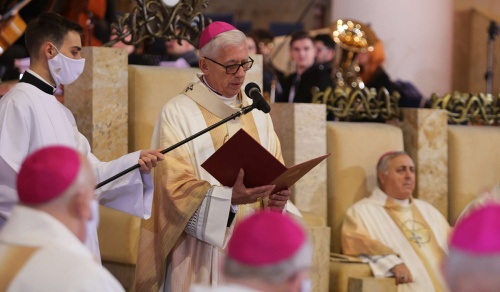 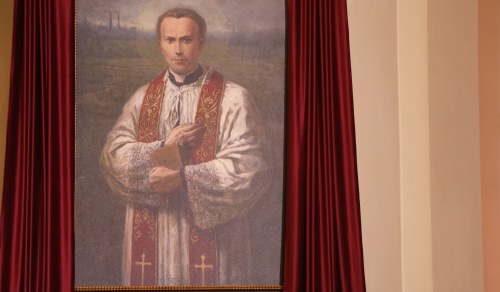 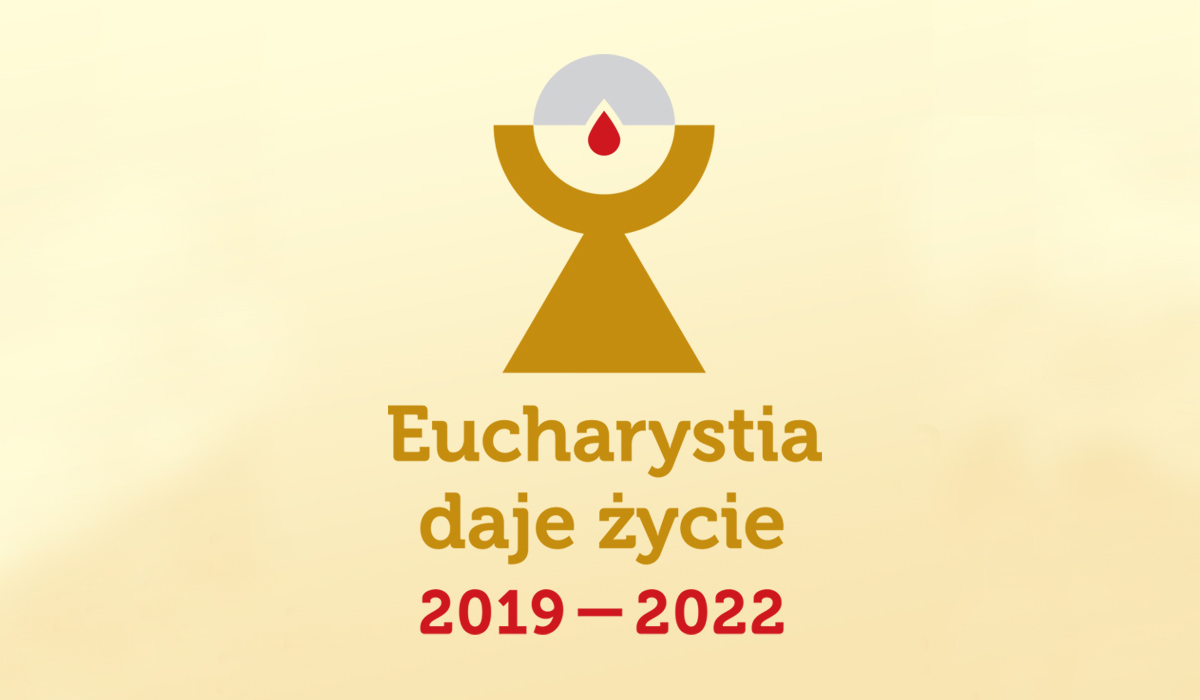